This past summer while searching for fresh ideas to use in the juvenile lockup where I lead a group, I flipped through a copy of “Life’s Little Instruction Book,” the kind of title placed to keep customers entertained while waiting in line to pay at a bookstore. Among the 1,560 bits of advice and wisdom there was this:

“Make your bucket list and keep it in your wallet.”

Since May of this year, I have been incorporating this exercise with the groups of adult male and female felons I see both in jail and in their halfway house-reentry programs.   It’s become the kick-off to a 4-week goal-setting group that I’ve created and of everything I’ve done with them for the past year this has been, by far, the most fascinating.

I’ve had a 22-year old black man just wrapping-up a two-year sentence for drug distribution share that he’s always wanted to learn how to ride a unicycle.  I’ve had a 50-year old white woman tell the group that her biggest wish is to fly a kite with her now adult children.  A middle-aged Latino man who has lost all contact with his children dreams of bringing them all back together for a family portrait.  Perhaps the most agonizing for me was having connected rather strongly with an initially very reticent 25-yr old man from South Boston who just yearned to “be normal,” which to him meant getting married, having children, and eating dinner together every night.  The day after he shared this, he had a near fatal heroin overdose in his room and after being hospitalized for three days, was sent back to jail.

As I’m handing out index cards and pencils I tell them that nothing is too small or too big as long as it’s legal and no matter how lofty could theoretically be achieved.  I give them about 10 minutes to brainstorm without holding back and then I ask them to share, which they almost always do.

To be fair, to level the playing field, I always share mine with them. I tell them that I keep it with me so that I can refer to it and cross things off once I’ve accomplished them. I read it out loud in the exact order it was written and when recently a young man said that he always wanted to visit his grandmother’s grave, “visit mom’s grave” got added to my list.  It’s interesting where and how our personal light bulbs are lit.  My mother has been dead for almost 28 years and I had never visited her grave.

Soon after adding it, I read my list to a group of men who had just begun the 4-week workshop.  I blew through it pretty quickly and a young man said,  “Whoa.  Wait a minute.  How long ago did your mother die?”  When I told him he asked, “What are you afraid of?”  Every week these people astound me for moments just like this.  The rest of the group joined the questioning and urged me to do it.  I don’t think they trusted my eagerness to do it probably picking up on a slight hesitancy in my voice.    So, when I made a concrete plan to go to Long Island where she happens to be buried, I promised them that I would go.  This past Thursday night at my last group before I left, one of the guys asked how I was feeling and if I was ready.  He then made me pinkie-swear that I wouldn’t back out.  It was that mutual tugging of our little fingers, that bond that I know as a parent you NEVER break, that guaranteed that I would make it.

I have indeed been afraid and I have been lazy.  Afraid of finding an overgrown jumble of thorns and tumbleweed around her grave and afraid of finding an empty headstone.  (In the Jewish tradition when someone visits a grave, we leave a rock on the headstone to signify that someone has been there.)   I have been to Long Island, less than 15 miles from the cemetery endless amounts of times since she’s died and I’ve always come up with excuses not to go.  Shame on me.

My brother and uncle explained what to do once I got to the cemetery–to check in at the front office, tell them who I was there to “visit” and they would give me a map of where to find my mother.  During the drive there, my husband at the wheel and my 12-year old daughter in the back, I found myself looking as the miles ticked down on the GPS, my heart racing as we got closer.  I pictured myself falling to me knees, crumbling in a mass of sobs and snot, and, on the flip side, not having any reaction at all.  I asked my husband and daughter if it would be okay for them to stay in the car while I found her grave and that I would wave them over when I was finished reacting in whatever way I did.

I got out of the car and scanned the headstones, knowing hers would be pretty close to where we were.  I slowed down when I spotted her last name, my last name.  Seeing  her full name, her dates of birth and death, and then her life roles listed, “Mother, Daughter, Sister, Grandmother,” on the footstone did it to me.  I bent down to wipe off the puddle of water that had formed from the rain and stared at those words and those dates.  I cried quickly, neatly and quietly before calling over my husband and daughter.  My husband came up behind me and put his arms around me, asking if I was okay.  I was okay.  I don’t think I felt any particular sense of closure (I wasn’t really looking for that) but I had made a promise, to myself and a handful of people who have become a strangely wonderful and influential part of my life.  I can’t wait to see them this week to tell them that I did it, to hear their cheers and receive their high-fives.

Next up is that pesky 5K.  After I do that, I will be rewarding myself with the biggest turkey leg I can find. 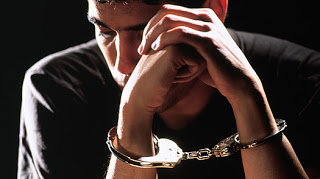 For about a year, I have been working with a range of offenders from juveniles not yet aged-out of the system, to “hard core” felons with very long bids under their belts (“bid” = time served).

I’ve grown to love the five disparate and distinct groups I work with in very different ways.  They all make me laugh and have all made me cry.  It continues to be the best experience I have ever had.

About two weeks ago a lack of funding has resulted in the imminent closing of our juvenile residence.  According to my very rough calculation, I have had about 400 young men of all races and socioeconomic backgrounds pass through my group in less than a year.  Of those, about half came and went frequently, often gone for a couple of months to less than a week,  and then re-offended to find themselves right back where they started.  Most of the offenses are pretty minor in comparison to adult crimes–stealing cars, being out past their imposed curfews–but, they still get hauled in, often shuffled around to other programs or thrown right back into their communities.

When I heard the program was closing my thoughts went immediately to some of the AMAZING and incredibly loyal staff who will suddenly be without jobs at the end of this month.  Some of them will be folded into other existing programs but the others have a scary uncertainty looming ahead.  I’ve watched them, with tough love and compassion, make those boys relax into their very temporary home.  They lay down the law when they have to, and will sit and play cards with them during the hours of free time between dinner and lights out.  It’s during those times that I see the staff bring out the boy in those hardened young men.

These kids have dreams like everyone else.  They want to be rappers and record producers, athletes and small business owners.  They want to work with horses and become pilots.   They want the ability to apologize to their parents or grandparents or whoever they feel they’ve let down.  Others, in their own words say “I don’t give a fuck.”  But, they do.

The youngest ones, the 15 and 16-yr olds with dimples and smiles a mile wide are the most hopeful.  They haven’t yet been beaten down by those never ending loops of bad choices and circumstances and I’d like them to believe that they don’t have to be.  Others are so calloused and at this point rather indifferent towards there own lives, that you know they’ll never get out of the system that they feel has been unjust.

I don’t know why I’ve been surprised, since many peers of mine from an early age have certainly been abusers of one sort or another, but some of these kids, mostly white from upper middle class backgrounds, are, without question, alcoholics.  (Again, why the hell should this surprise me since my best friend, a quintessential WASP from Maine is a crystal meth addict.)  It’s my perspective that has changed–I’m a 48-yr old woman who is supposed to be TEACHING them something.  What in the world do I know about being a 16 year old alcoholic that they haven’t figured out for themselves?

The bottom line is that in 3 weeks I will most-likely never see any of these boys again.  I will miss the ones who are often combative and the ones who take the confidence-boosting exercises I give them and put them in their pockets to look at later.  I will miss the one who volunteered to read Robert Frost’s “The Road Not Taken,” and came up with his own rather astounding analysis.  The thing I’ll miss the most however, is watching the woefully underpaid staff and the way they wear their hearts on their sleeves so that the boys can feel that love, love that most likely will feel elusive to them along their uncertain paths.

“Good night You Princes of Maine,
You Kings Of New England”–John Irving, The Cider House Rules