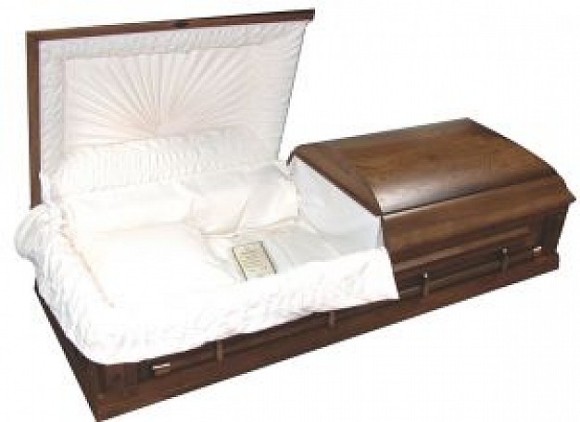 Last night I attended the wake for a magnificent young man who died of a heroin overdose. He was the epitome of sunshine.  The line to get into the funeral home was endless for the entirety of the scheduled three hours for people to come and pay their last respects.  There were young and old brought to their knees in fits of sobs.  There was a video being looped of highlights of his life, the smiling and happy him that he will be remembered for.

I spoke to his mother on the day after he died and in her flurry of processing the pain and logistics of losing her son she mentioned that there would be an open casket.  This didn’t come as a surprise since the majority of non-Jewish funerals I’ve attended include the opportunity for mourners to “view” the body of the deceased that one last time.

I’ve learned that the casket is generally just feet away from the receiving line made up of the distraught and suffering.  Last night and in the past I have done everything I could to avert my eyes in order to avoid the reality and finality of death but to no avail.  At a funeral for another young man who also died from an overdose, his arm was outstretched with a rosary draped across his fingers.  I will never, ever be able to unsee that.

Last night I watched as people knelt in front of the casket, weeping, howling in pain, some touching the body, others whispering to him.  Some brought flowers and placed them in the coffin, some went up in groups in order to support each other.  When the priest came to speak I had to stand in the back of the packed room but the casket, and this sweet young man’s body was directly in my line of vision.  It made no sense to me that he was being put to rest in a suit.  This was a kid who had pink hair, piercings and wore black concert tee-shirts.  I keep thinking how appalled he would have been to know that people were seeing him for the last time in an ill-fitting suit.

I watched as his teenage brother slumped in a velvet chair in the receiving line, at first with a bored look on his face and a split second later burst into tears.  His 19-yr old niece who was the most visibly devastated throughout the evening came up to me and wrapped her arms around me, sobbing, repeatedly saying that she wished she had told him more how much she loved him.   I had to tell her over and over again that he knew how important he was to her.   It seems clear that she will never forgive herself for what she perceives as the worst of transgressions.

I’ve heard that wakes were traditionally held as a way for loved ones to watch over a body in the hopes that the person would “wake” up.  I’ve since read that that is a total myth and am much happier knowing that in the Irish tradition, a lot of drinking is involved.  Either way, as much as I want to understand it, I just can’t wrap my head around the desire to see a lifeless person laying among stark white ruffles particularly someone who was once so full of life.