One of the most gut-wrenching things I learned about a woman in the weekly workshop I teach in prison was that her mother shot her up with heroin for the FIRST time when she was 10-yrs old.  That was until today when I was told that a woman in my class was recently set on fire by her pimp.  I learned this about 2 hours ago.  There is a new hole in my heart left by the part that feels as if it was scooped away and dropped into the pit of my stomach.

Another woman shared that she set HERSELF on fire while smoking crack.  Others have been battered to a pulp.  Most have lost their children.  I’ve heard stories like this week after week after week and if I EVER become inured to them it will be the signal to stop.  That will never happen.

These women, at one time or another have lived their dreams that arose from their talents.  They have been on their high-school debate teams, restaurant owners, professional organizers, ice skaters and nurses.  They’ve been sober, parents, dance instructors and world travelers.  One or several missteps have broken some of them, crushing their spirit and the hope that they will ever be who they were meant to become.

Because of their criminal backgrounds and repeat felonies, one woman can never be the judge she wanted to be.  One will never be able to work with children, the one thing she knows she’s good at.  Others will go back to the way they ran their lives before they became incarcerated, turning tricks and forging checks to make the money they need to support a daily drug habit.  They admit that in no time in their lives did they dream of giving a guy a hand job for $20.

Today, a young woman asked if I knew how to interpret dreams.  I said that I could take a shot at it and here’s what she shared:

To the rest of us this seemed rather obvious.  One of the women responded by saying, “Yeah, it means stop fucking using!”  Point taken.

I’ve asked the women to write about their dreams and the steps they might take to achieve them and to next week share them with the class.   I can’t imagine what a woman who has been set on fire will say, but I just want to tell her so very badly that the world is okay and that there is room in it for people like her to succeed.  How in the world would she ever believe that that is the case? 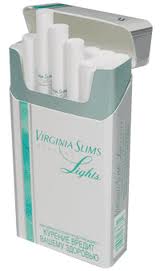 I will start by saying that I’m totally projecting.  I’M the Jew who went slightly “mild,” AND, “mild” rhymes nicely with “wild” of the posts from two summers ago, “Jews Gone Wild Parts I and II.”  I can’t have a bunch of hysterical and defensive Jews on my hand.  Not with this hangover.

In all actuality, I wasn’t all THAT mild.  I did begin drinking (wine in stadium size cups) at noon.  Less than 2 hours later, I was asking around for a menthol cigarette with a slight tinge of desperation.  Like so many others, camp is the ONLY place I smoke, every two years.  I swore up and down that I wouldn’t this year and well, I found myself buying my first pack of cigarettes in two years ($9.45??????  I remember when they were 75 cents.  I say this with full knowledge that I’m dating myself.)  I ordered the most non-cigarette of cigarettes, the “un”-cigarette-Virgina Slims Ultra Lights, words that have never come out of my mouth.  A young gay man standing behind me who I hadn’t noticed, whispered in my ear “Those are girly cigarettes” and I said “OOOH, GURL, SNAP” and we sashayed out of the gas station like RuPaul.  Okay the sashaying part didn’t happen.  Maybe in Provincetown but certainly not in Winsted, Connecticut.

I have said this before and I will say it again–there is NOTHING like being at a place where I spent 15 summers of my life.  Being with these people is like being at Woodstock without the acid and tents, and no one is naked, at least in public.  It’s bear hugs and lip kisses and rotating one-on-one time, bringing each other up-to-speed on the things that have happened during the two years since we’ve all been together.  With the women, it’s talking about the onset of menopause and how we pee when we sneeze and laugh.  I’m not exactly sure what the men talk about.

For reasons I don’t quite understand, my dear friend Beth was hawking Tootsie Pop Drops like a secret plant from the company.  They’ve been around since the ’70s and I’m not quite sure how she didn’t know this.  She developed a sales pitch and offered them to everybody.  Nothing buffered her enthusiasm more than when one of the guys said “They’re like Tootsie Pops but you don’t have to fuck with the stick.”

We watched from the bleachers as middle-aged men played 1/2 court basketball.  They wheezed and sweat but didn’t let-up for a second.  Like years before, one of them ended up injured and Beth and I watched in awe as our camp mate chiropractor worked with great patience and care on the what seemed like a very painful injury.  I offered up the (prescribed) painkillers I travel with and within seconds our resident anesthesiologist was looking it up on a drug reference app to make sure he could take it with alcohol.

The success of some of these people is accompanied by a humility I’ve never seen before. The publisher of one of the most successful magazines today and the owner of the most famous bakery in New York City who kicked-off our country’s obsession with cupcakes are experiencing the weekend like the rest of us.  They sleep in the bunks with their friends and have beers in their hands, putting their busy lives behind them without a thought.  There are attorneys, hedge fund managers, professors, great parents and butchers and bakers and candlestick makers.  I’m collecting unemployment but people came up to me all weekend saying “I love your blog posts about prison,” or “I loved your post about your best friend,” and I had NO idea they even read my work.  Based on Facebook comments everyone said how happy they were for me that I had found my true love, and based on my husband’s comments knew that he is a great guy.

I shared a hotel room with my friend Beth who is pretty sure she was bitten by bed bugs all over her arms.  Judging by the MANY burn holes in our blankets it is entirely possible.  She knows me VERY well and got my full-on rules about how she needed to conduct herself in our room as to indulge my well-known high-maintenance need for sleep.  On the first night when she was reading a library book with a very crinkly book jacket I got slightly hysterical.  On the second night when she barreled into our room at 3:30 in the morning I considered getting up and driving home.  The following morning when she woke up making sounds like an old man in a nursing home I resolved to get my own room next time.  We laughed with each other all weekend.  Her Brooklyn girl appeared for 48  hours.  There’s nothing quite like the Brooklyn girl in Beth.

Sadly, we have gotten to the age where we are starting to experience the death of many people we have known from summers past.  There are those who died in their twenties and those who have died in their ’70s.  We held a very touching candlelight memorial in their honor, floating lit candles, personal words written on paper plates, and floated them in the lake.  We used to do this on the last night of camp, writing memories of the summer just ending, so this time took on a very different meaning.  It moved us all as we thought silently of these significant losses.

We spent our last night at the same bar we had spent the night before, the hours ticking down until we had to re-enter our routines back home.  It’s a bizarro universe we’re in for 48 hours where full-on breakfasts for 5 people ends up under $40, and shots of tequila are served in little medicine cups.  Not only did I have my king-sized Tempur-Pedic beckoning me but I found myself really missing my husband, my daughter and even my lunatic dog.  With my head in his lap I showed my husband pictures and videos of the weekend on Facebook and I’m waiting for the onslaught that will appear today.  I will yell at my friends for posting bad pictures of me and force them to take them down.  I will get wistful for those lovely, smiling pictures of people whose faces haven’t changed in over 30 years.  It’s entirely possible that we will be doing this well into our 60s when we will still always feel like teenagers.